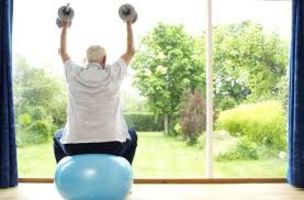 You're as young as you feel is a wise old saying, but what if it's true? Chronological age is easy to measure. Count up how many years, months or days it's been since your birthday, and there you are. Brain age is a bit more complicated since it involves cognition, memory, verbal processing speed, and other factors.

People who feel younger than their actual age also may have brains that age more slowly, suggests a small study published online June 7, 2018, by Frontiers in Aging Neuroscience.

Scientists took brain scans of 68 healthy older adults, ages 59 to 84, to measure the volume of gray matter in various regions. The participants then answered surveys to determine if they felt older or younger than their age and to measure their cognitive abilities and perceptions of overall health.

The researchers compared the survey results with the brain scans. They found that people who felt younger than their age scored higher on memory tests, rated themselves as healthy, and were less likely to have symptoms of depression. People in this group also had more gray matter in certain brain regions, a pattern typical of younger brains.

While more research is needed to explain the association, the researchers speculated that people who see themselves as younger are more likely to follow an active lifestyle compared with those who feel older, and that may influence gray-matter volume.